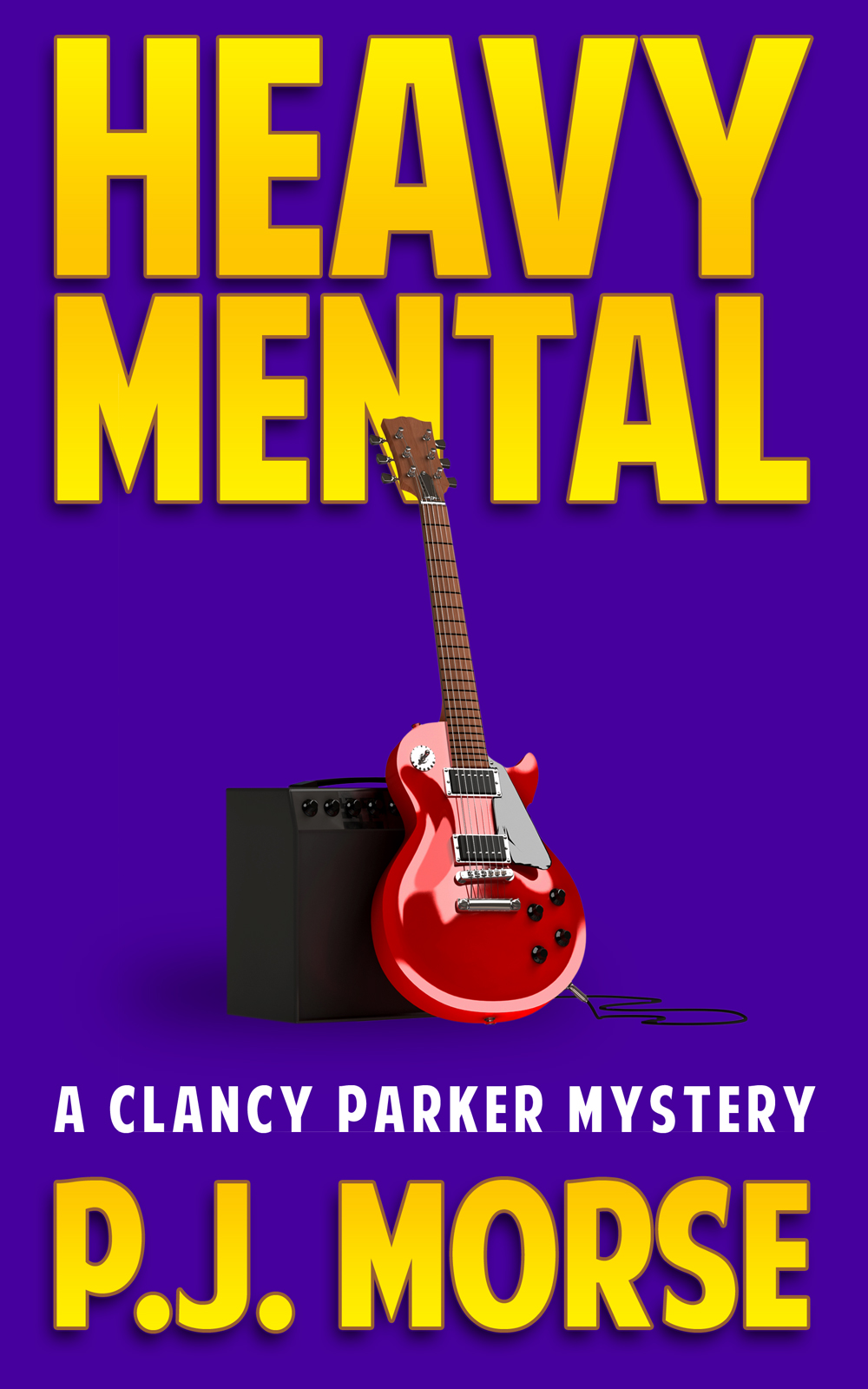 A musician’s gotta eat, which is why rock guitarist Clancy Parker takes on side gigs as a private eye. When she gets a new case involving a stolen necklace, Clancy's thrilled at the prospect of easy money.

The job turns out to be anything but. Soon enough, Clancy must dodge threats from disgruntled secretaries, unhinged society matrons and rampaging ice cream trucks. The only person who can provide answers about the necklace is her client’s sexy psychiatrist, but Clancy’s budding crush on him only leads to more trouble.

Eventually, Clancy must rely on all of her contacts— her stoner bandmates, her Socialist landlord, and her yoga-loving, flask-toting mother—to stop the thief from turning into a killer. 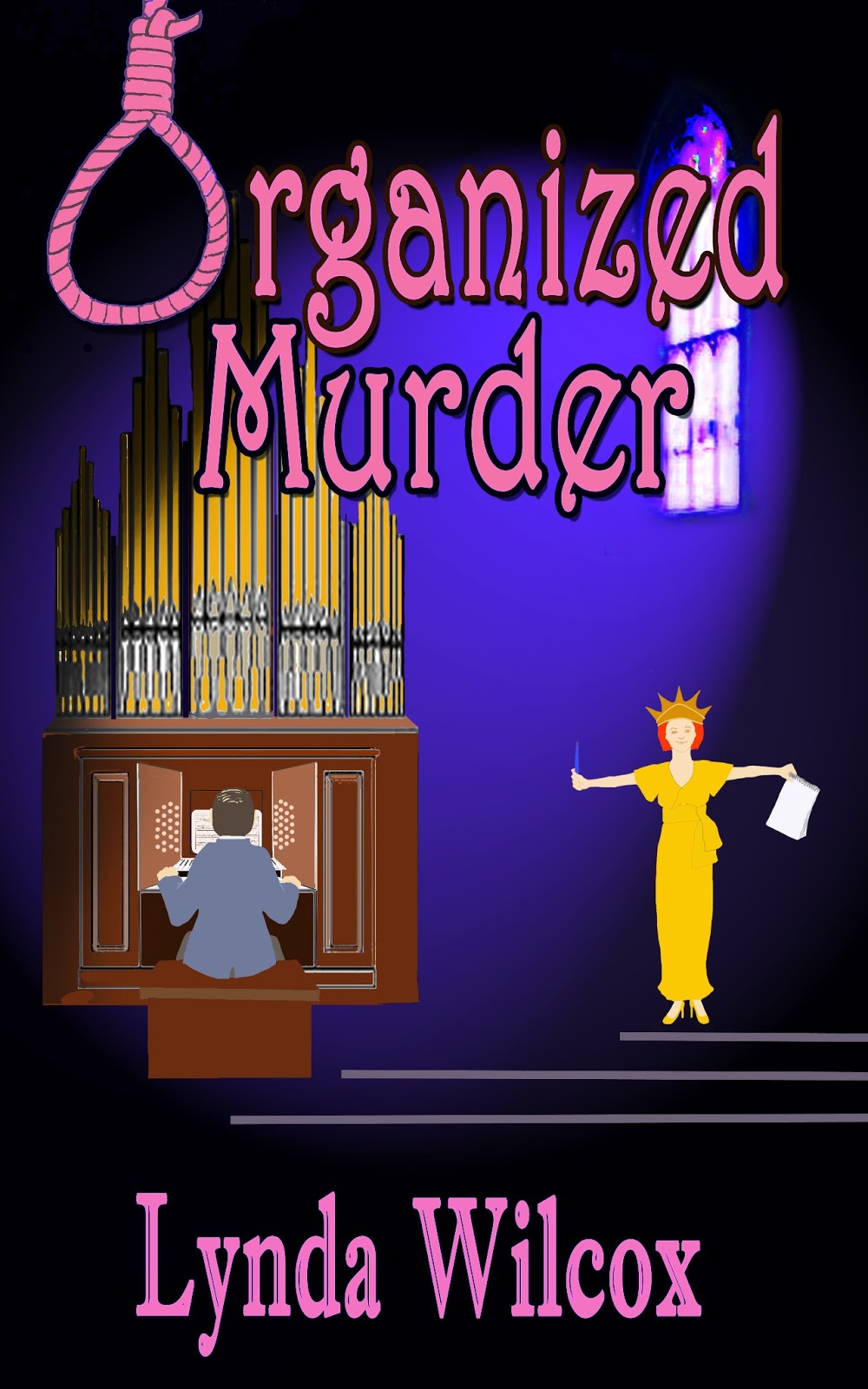 Ernie Rutland, dead and hanging from the organ in St Isidores's church, was not how Verity Long expected to meet the man her crime-writer boss sent her to find. Curious about the victim and determined to hunt down the killer, Verity becomes involved with a waspish group of thespians, and all the murky muck-raking of small-town gossip.
Verity's burgeoning romance with Detective Inspector Jerry Farish is threatened by the arrival of a ghost from her past, further complicating the search for the killer. With a spate of major burglaries and bank robberies keeping her detective busy and the killer closing in on her, Verity must decide whether to live up to her name - or to follow her heart.
Organized Murder is the second in the Verity Long series of fun, light-hearted cozy mysteries.

When dependable Evan Madison fails to show up for work, police are dispatched to his home. His ten-year-old son, Brad, is discovered inside, unharmed and seemingly alone. He is stoic, sitting in front of the television playing his favorite video game, Super Mario—and he’s covered in blood.

Veteran Police Officer Marty Keal is the first on the scene. With his many years of experience, he thinks he’s seen it all. That is, until he discovers Brad’s not really alone after all. Upstairs in their bedroom lies the brutally bludgeoned and deceased bodies of both his mother and his father. When questioned, Brad confesses to the horrific murders.

When Brad is transferred to a local mental health institution for children, Dr. Hope Rubin is brought in to evaluate and treat the child. A preliminary investigation shows no evidence of any kind of mistreatment in his past. She must determine the disturbing truth: Is Brad telling the truth? Or is he covering for someone else?

Detective Jean Whitely rounds out the investigative team; and she suspects there is much more to the case than what meets the eye. The happily married mother of two in unwavering in her determination to uncover the real truth about Brad. Was he abused? Or is he the product of an evil seed born to kill?

As the layers of truth about Brad are systematically peeled away, you will be compelled to ask yourself, Which is the more dominate factor in contributing to who we are—NATURE or NURTURE? 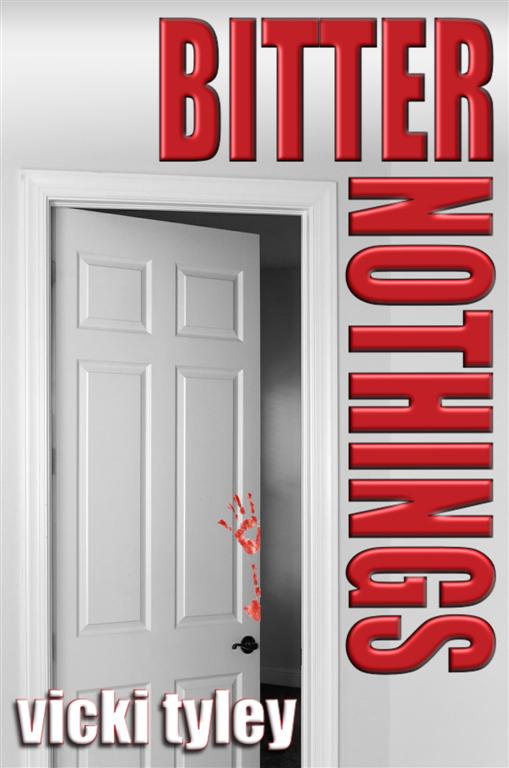 Melbourne-based graphic designer Dervla Johns' life is turned upside down when her brothers, Emmet and Gabe, turn up on her doorstep with the horrific news that their stepmother, Lucinda, and their half-sister and half-brother have been murdered - shot dead in their beds. Her father, Warren, has vanished, and the police have him in their sights as prime suspect. Dervla refuses to believe it. That's until he turns up dead in his car on an isolated bush track, the weapon by his side. Mix in a dysfunctional family and a friend with an abusive husband and the lines start to blur... 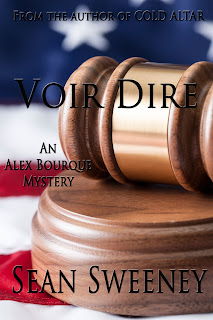 PI Alex Bourque has jury duty. As he’s challenged by the prosecution during jury selection, the defense has a brilliant idea: Hire Alex to help defend an accused murderer.

Yet as Alex delves into the case, he discovers that the defense attorney has done a shoddy job in building the defense. He also discovers something’s not right with the defendant—especially something that could set the man free.

VOIR DIRE, a novella, is the second story in the Small Town PI series after COLD ALTAR.

This time, the linebacker-turned-lawyer faces overwhelming odds. Lassiter represents Cadillac Johnson, an aging rhythm and blues musician who claims his greatest song was stolen by a top-of-the-charts hip-hop artist.

Lassiter's personal life is in chaos. He loses his job at a deep-carpet law firm and moves to a dumpy office in a Miami Beach parking garage. Then his lawyer-girlfriend, the ambitious Kim Coates, dumps him for not being "partnership material." Not only that, he faces disbarment after punching out his own client.

Only a few years out of law school, Lassiter is already developing his iconoclastic rules. "I will live by no code but my own." This time, that code could leave him disbarred or bankrupt...or worse.

Dunn Kelly hardly ever has a problem covering for his alcoholic father. As the only Special Populations detective on the police force, his dad's responsibilities usually consist of freeing zombies tangled in turnstiles, checking rabies tags on werewolves, and sweeping up vampires who oversleep when moon bathing. But when teen pop star Delilah Idaho sees a wrinkle on her forehead, Dunn's world is turned upside-down.

A television show is being filmed in his town- You Suck, a reality show in which vampires, from sparkly to old school, compete for the privilege of biting Delilah, keeping her young and beautiful forever. But a murderer is loose on the set and it's up to Dunn to save his father's job and solve the mystery. Oh, and his teacher is hitting on him, the football coach hates his guts, and he just might lose his spot on the swim team. Dunn's life, like the television show, sucks. 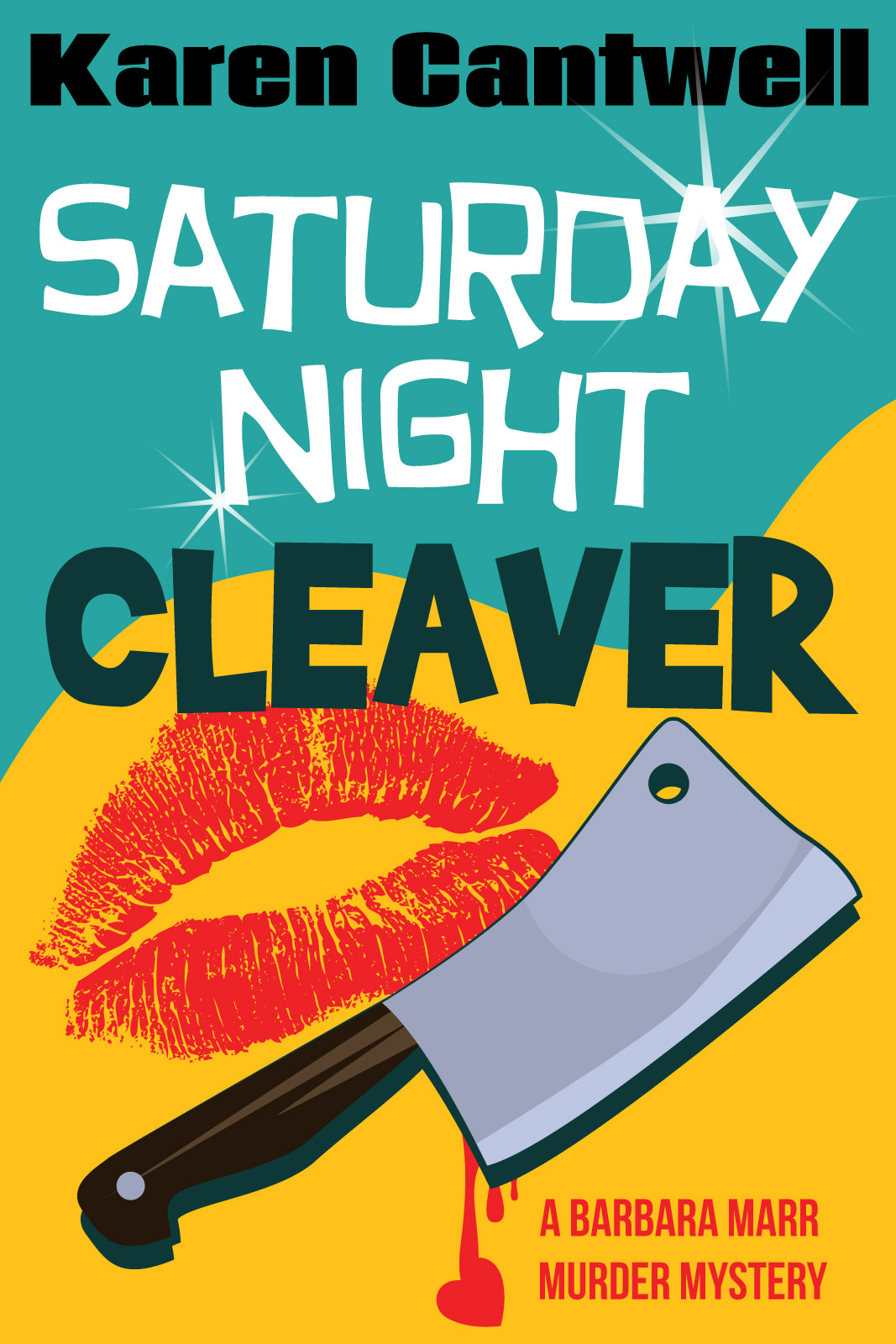 Poor Barb. She just can't stay out of trouble, no matter how hard she tries. But this time she has a good reason: family friend Colt Baron has gone missing. When soccer mom, Barbara Marr, and her ex-FBI husband, Howard, begin following clues in a search for their treasured pal, they find themselves crashing a rather racy sort of party – a soiree for swinging couples. Awkward. What they learn there is...interesting. But the question is, does the information lead them to Colt?

This fourth book in the Barbara Marr Murder Mystery Series teams Barb with her handsome husband Howard in yet another rollicking and hilarious suburban fiasco. 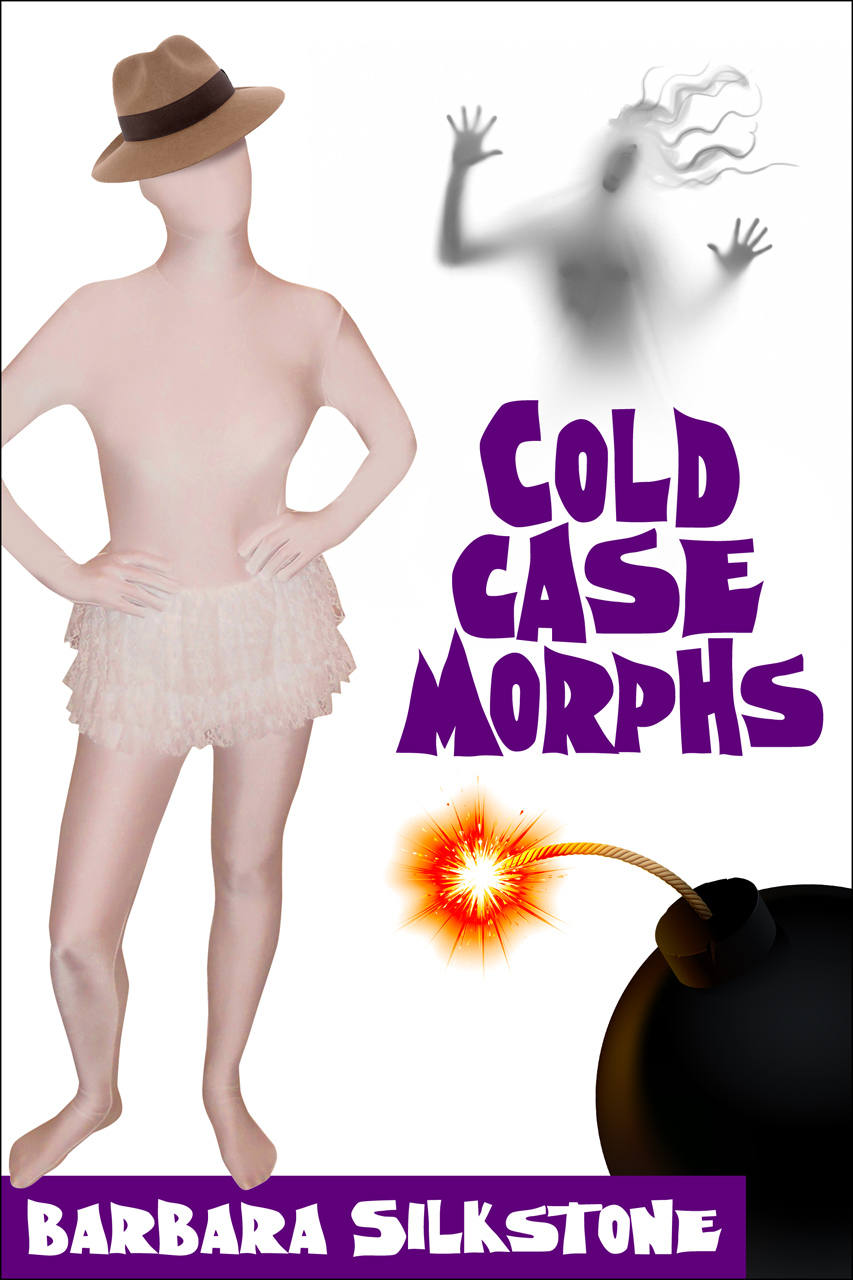 A wacky novella with a squirt of BEETLEJUICE, a squish of GHOSTBUSTERS, and a twist of the infamous.

The newest detective agency in Asheville, North Carolina takes on their first case. The Cold Case Morphs enter the world of noir comedy as they rush to the aid of a lonely Victorian ghost. Warning… this is a soft-boiled detective romance with a Beetlejuice paranormal side.