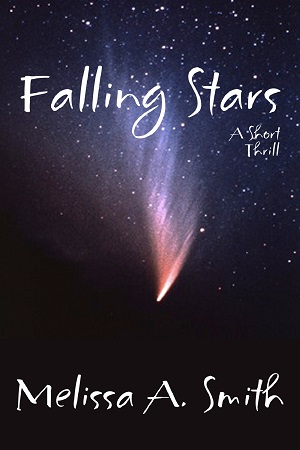 Meteor showers are spectacular shows that everyone should see at least once in their lives. Brand new Falling Stars hit the Earth's surface every day. Most are nothing more than fascinating pieces of space rock, but others . . .

Others are much more than they seem.

The scars of war run deep. As commander of coalition forces, General Nathaniel Powers fought for justice and the ideals of America, never faltering in the face of enemies he knew might pursue him forever. But every
man has his breaking point. When his son, a successful US senator now vying for the presidential candidacy, is violently abducted by the same Middle Eastern ruler whose regime he destroyed, Powers is swept into the deadliest game of all: international terrorism. Torn between his loyalty to America and devotion to his son, Powers becomes embroiled in a conspiracy that may cost not only the life of his son, but his as well. 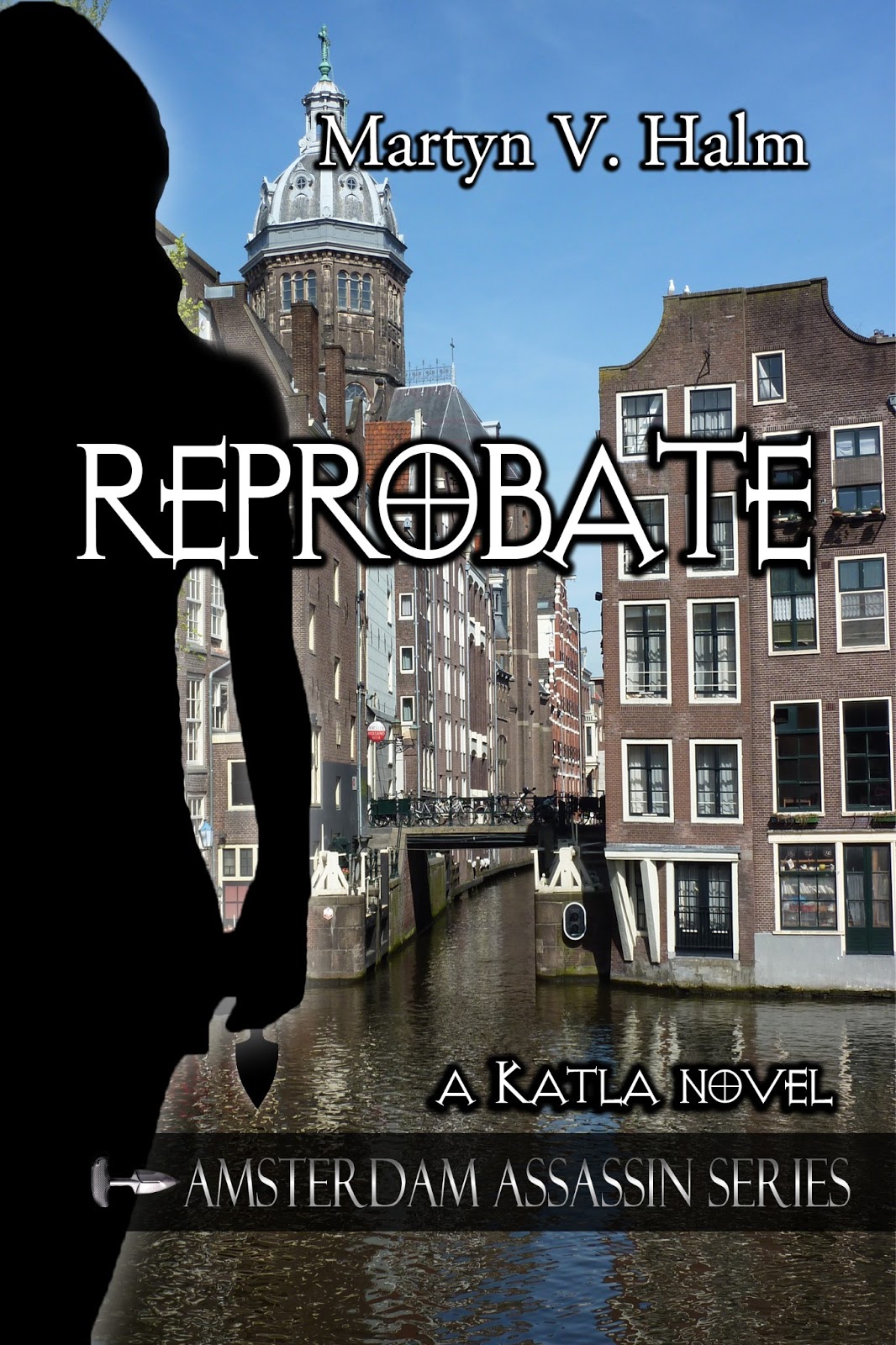 Blessed with an almost non-existent conscience, Katla Sieltjes, expert in disguising homicide, views assassination as an intricate and rewarding occupation. Hidden behind her male alter ego Loki, Katla receives anonymous assignments, negotiates the terms with clients through electronic means, all to protect her identity. Her solitary existence satisfies her until she meets a blind musician whose failure to notice a 'closed' sign causes him to wander in on Katla's crime scene. And Katla breaks one of her most important rules - never leave a living witness. 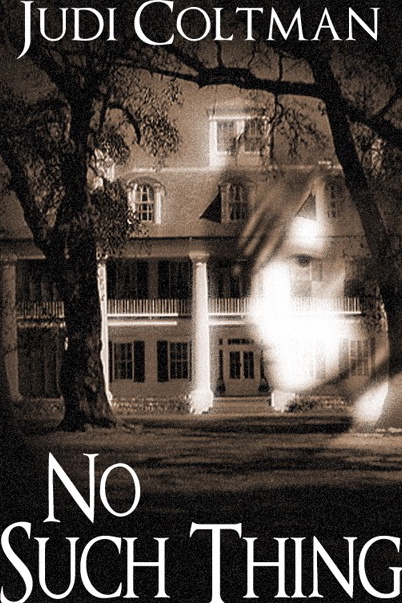 A killer lurked the Woodward Avenue corridor of Oakland County, Michigan in 1976-77. His prey; children. For one year, he stalked, abducted and murdered young boys and girls, laying their lifeless bodies out in a macabre public display.

In 1977 the killing abruptly stopped, but the killer was never found.

This is the story of what could have happened.

Newly divorced and ready to relaunch herself, Sydney Powell and her retired K9 move back to the city in which she grew up to write a book about the infamous Detroit Purple Gang. Having once lived in a house built and used by the Purple Gang to run liquor, Sydney takes the opportunity to rent the place, believing it will give her insight into Detroit mafia history.

Met with opposition from her psychotic mother and her long brooding brother, Jack, who believe the real story of the house is about ghosts, she begins to dig into its history. Her research yields very little about her intended subject instead pointing to an entirely different history tied to the disturbing death of a young boy.
Peeling away the layers of legal paper, news articles and shuttered memories, Sydney, with help from Jack, becomes acutely aware that the house holds secrets. Unspeakable occurrences linked not only to the gruesome murder that rocked the state, but deeper, more disturbing events held hostage in the walls.

The real life saga of the Oakland County Child Killer sparked the largest murder investigation of its time, reinventing how missing children cases are handled. No Such Thing weaves the many theories and suspects in these unsolved crimes into one dynamic story of ruin, resilience and redemption. 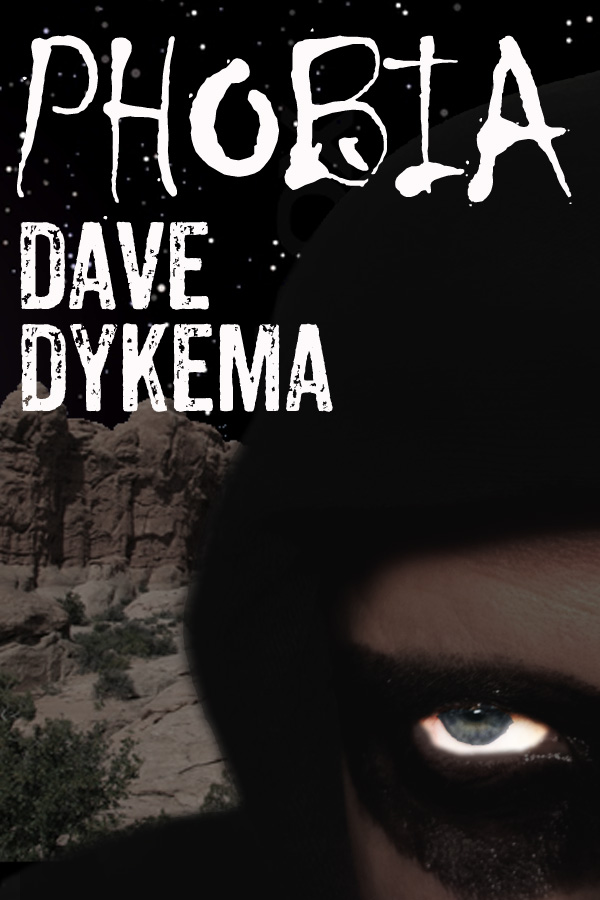 Jerry Stevens thought his life was back to normal—the events of last year’s Dumpster killings over with.

But then his old TV station hires him to produce a special on the "Stalker" phenomenon—one year later. Conflicted, he flies to California to meet with the cast and crew of the "Stalker" film only to find himself drawn into a new web of horror. Director Brett Hanson’s previous film seems to have inspired a new menace—a copycat killer who derives inspiration from the plot of "Phobia."

He knows what scares you, and wants you to take it to your grave.

Author Raymond Bridges has it all - success, money, a gorgeous girlfriend - and is living the good life. But when he wakes up naked in a shopping mall with no memory of who he is or how he got there, he finds his journey to discover the truth is only the beginning of a terrifying nightmare.

A shocking psychological thriller that questions the very heart of reality, trust, and loyalty, Double Bind is a must-read that will leave you breathless - and rock the foundation of everything you believe. 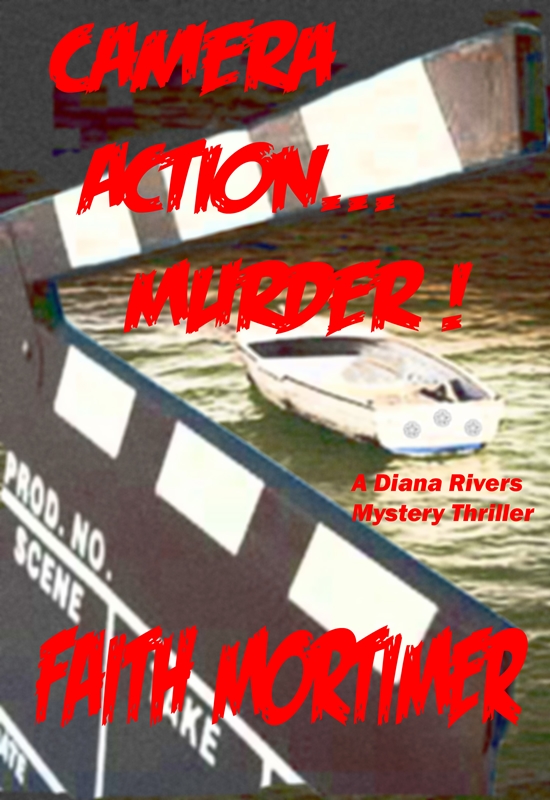 Diana Rivers hadn't intended to visit England that summer but the invitation to take part in a film-shoot seemed too exciting an opportunity to miss. Life had been quiet for the last year or so & she looked forward to renewing old friendships and meeting a handful of well-known film stars.


The only possible fly in the ointment, was the venue. Years before, Diana had suffered a terrifying experience in Cheltenham, England - an encounter which she thought she'd resolved. Reassuring her partner, Steve that all was well & that dreadful episode was behind them, they went ahead & confirmed their acceptance.


Little did she know that the filming was only a minor part of the show about to be enacted. Once again, Diana is drawn into events which threaten to spiral out of control. When a beautiful young actress is accidentally killed, Diana's reaction is to turn to more sinister thoughts. Was it an accident or was it...murder?


A second body leaves everyone reeling and this time there is no doubt. A callous and vicious murderer or murderers are at large. Diana is fast embroiled in discovering the hard facts, not knowing that she is placing herself in great danger. Watch out Diana! You could be next... 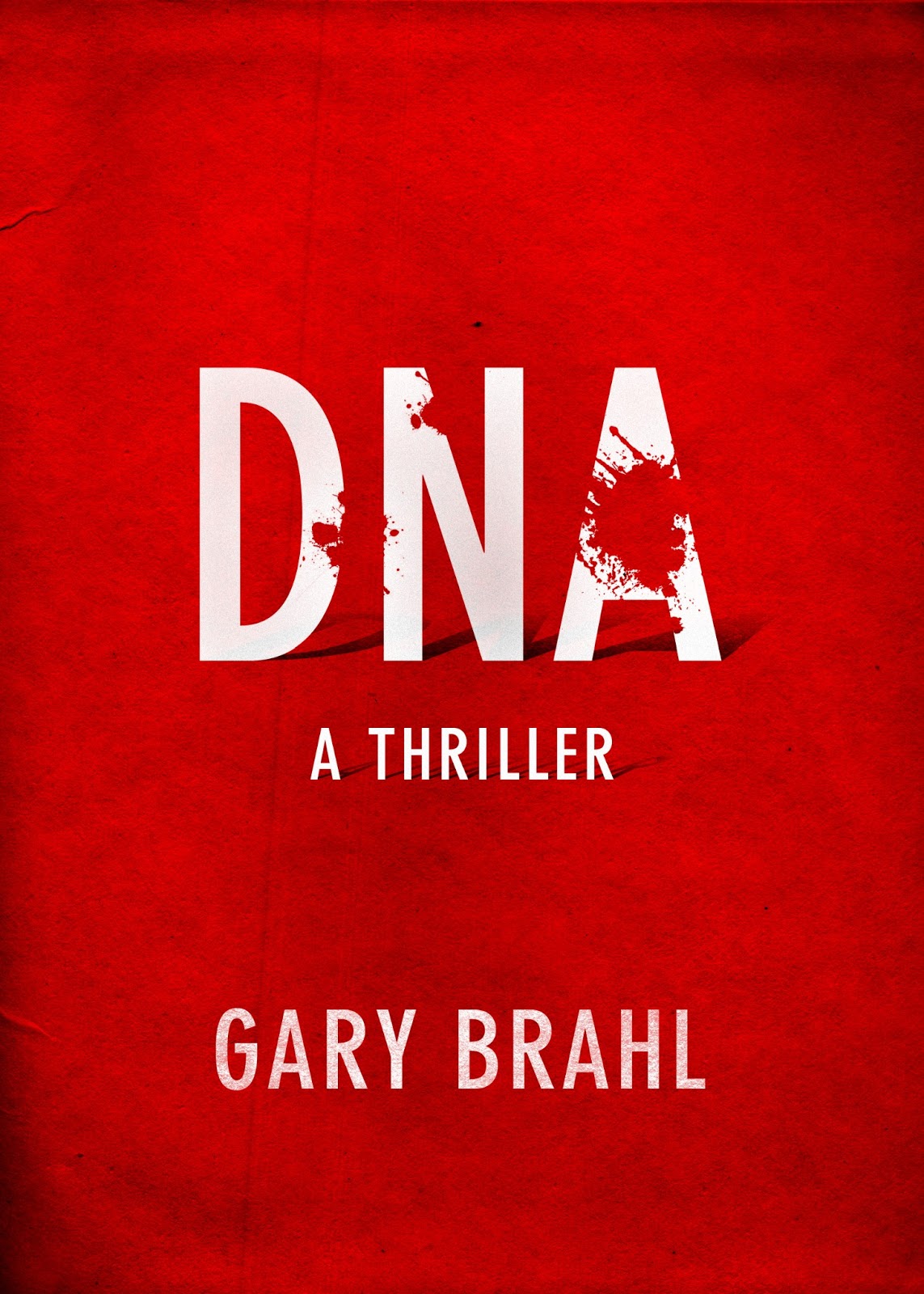 They know who you are. Let me help you.

When Chicago advertising executive Michael Janaseck reads the unsettling email on his computer, and learns of the menacing visitor to his office, he is disturbed, mystified and angered by the assault on his privacy. Days later, a stranger is murdered before his eyes in his own back yard, and Michael’s anger turns to panic as his safe and sane suburban life spirals out of control.

Hunted because of “who he is” by relentless pursuers that kill everyone trying to protect him, searching for a mother he never knew existed, wanted by the police, Michael finds himself adapting to a world of violence and terror at a pace he never imagined possible.

DNA is the story of an average man coping with unaccustomed violence and danger. It is also the tale of a search for hidden ancestry. In the end, genetic imprinting reveals how each of us may be nothing like who we think we are. 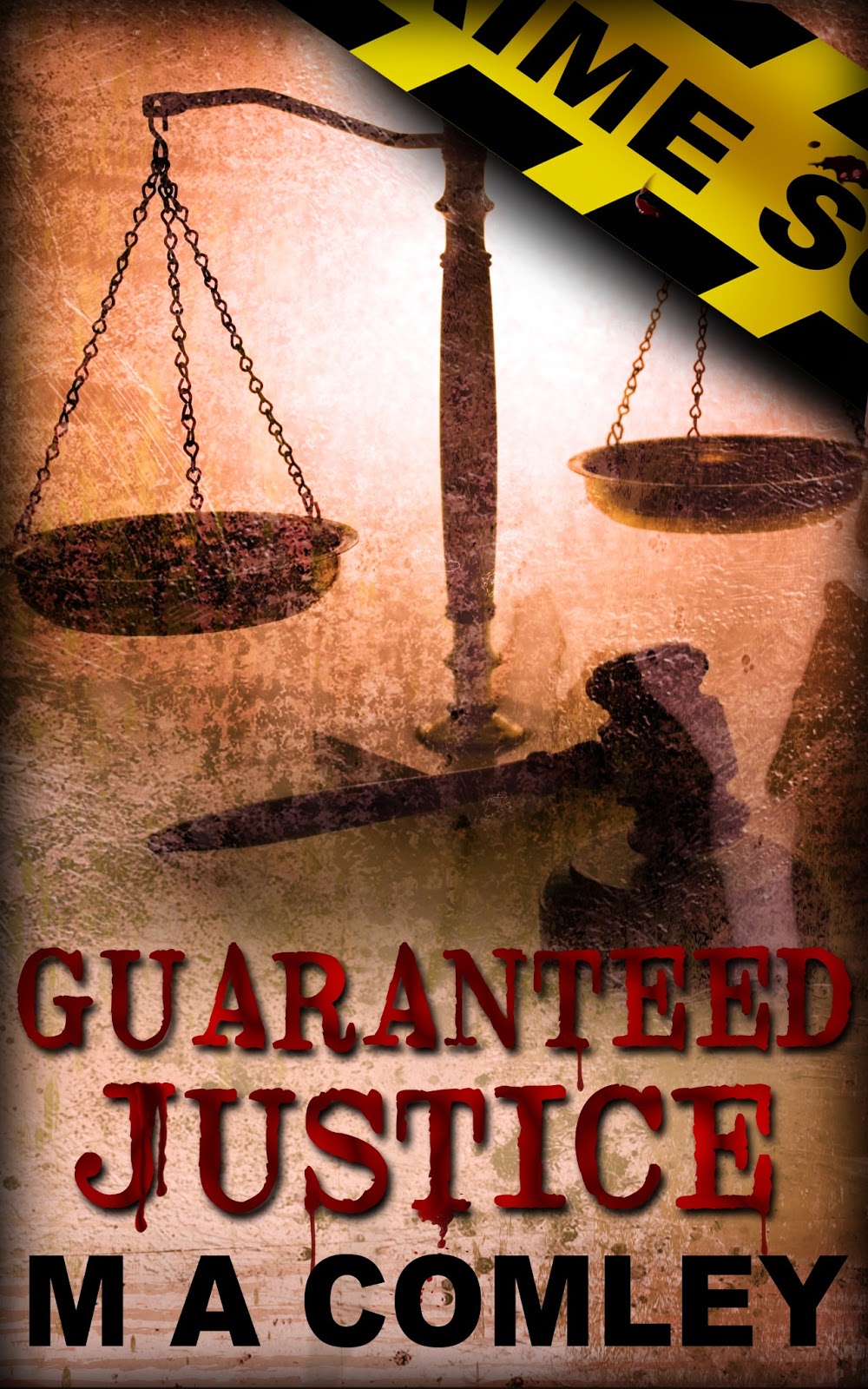 Retired DCI Lorne Simpkins thought she knew what she wanted when she started an animal rescue centre with her husband Tony. Although saving and retraining exploited dogs is fulfilling, Lorne can't help but feel that something vital is missing from her life. Linda Carter is brutally raped and left for dead in an alley. By some miracle, she survives, but now she lives each day terrified by the perpetrator's final threatening words--that her sister, Fiona, will be his next victim.

The sisters decide to adopt a watch dog and contact the rescue centre. During a home check to see if the girls and their flat are suited for a German Shepherd, Lorne witnesses Linda's horrendous injuries. The young woman knows the identity of her rapist--wealthy, playboy Graham Gibson--however, the police haven't made an arrest. The shocking story turns into a life-altering moment for Lorne. She decides to become a Private Investigator, and urges the girls to let her take up their case. Little does she know that more victims will come forward to accuse Gibson of rape.

Lorne is determined to see this vicious criminal behind bars, but is anyone ever guaranteed justice?